This is  photo of my my cat Sassy, who came to our house as a youngster of about 8 months old. I returned Sassy to her owner three times and each time she came back the next day. Clearly she had decided that our place of abode was more appealing than living in an apartment where her owner continued to allow her to escape. Each time she came back to our house she jumped into my husband’s bass boat and the seat became her bed. She “talked” to me each time I discovered her in the boat which was parked in the “boat port” near the house. I finally gave up returning her and her owner did not call to learn if her cat had taken up residence at our house again.

In April, I discovered Sassy’s teeth were in a terrible condition. I felt guilty since some of my pets for the past year and one half, due to family matters, did not get the attention that they had been getting before my life changed for the worse for a while. By the time I realised she was ill from the condition of her teeth and gums, she needed BIG TIME, REAL, DENTAL INTERVENTION.  A  veterinary dental surgeon in Austin,Texas, pulled all her teeth and the sockets were filled with a special substance.

In this photo, she is about 5 weeks post full dental extraction. She is doing very well now and as my daughter told me, “she should be good for at least 5 more years of living. I truly hope so for she is a very special kitty. In the very future I will give all of the details that were involved getting Sassy back to being “sassy.” 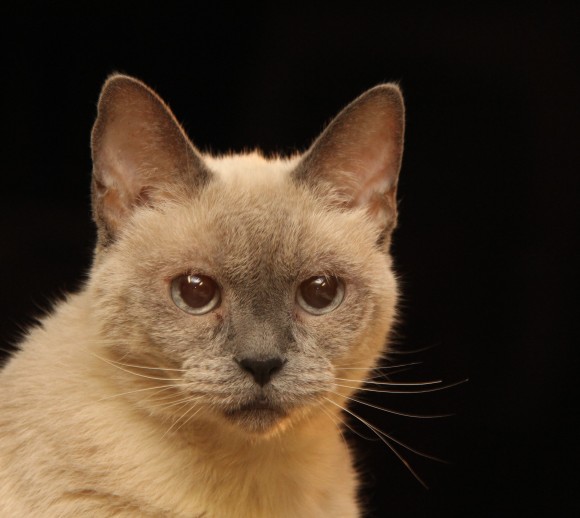 One of my calls today involved a beautiful white and black long haired female chihuahua named Gracie. She is a pampered pet and quite the diva.  However, as in the case of many dogs and cats, she has not willingly allowed her owners to cut her ultra long toe nails. She has managed to get her way by whimpering and squirming her way out of  a nail trim each time anyone in the family attempted the procedure.

My mother happens to be visiting me this week so I enlisted her help. We “adorned” her longish nose (the dog, not my mother) in a muzzle and wrapped her in a towel. I then proceeded to  cut Gracie’s nails being careful not to cut into the “quick” which is actually blood supply to the nail and looks like a teeny red line growing in the center of the nail.  As I became increasingly more aggravated with my mother’s efforts to hold “Ms Wiggle Worm” I told my mother to switch places with me.

I need to back up a bit here. Each step of this process was explained to the owner and of course my Mother just had to put in her two cents. She further explained that when a pet is being difficult you just keep quiet and try not to repeatedly say” good boy/girl” or whatever. If praise or soothing words are offered it only reinforces the bad behavior. The logic being that your pet believes that you are praising bad behavior so your pet continues to “act up.”  Offer a tasty treat that will provide a distraction while you are cutting the nails.

The very last nail that needed cutting was a dew claw. It was extremely long and had grown  in a big loop all the way back  into the skin and pad,  causing the area to become very painful, infected, and malodorous. I had to work really fast so that I could cut the ingrown nail that probably  was contributing to little Gracie “acting out.”

I prescribed Clavamox, a fairly broad spectrum antibiotic, which little Gracie will  need to take twice daily for 7 days.  I instructed her owner how use a surgical scrub to cleanse the area, dry the area, and then apply Bactoderm (antibacterial) ointment for 7 days. Further instructions included how to give the tablet in those dandy Pill Pockets which smell and taste delightfully good ( to the dog or cat, of course)  and come in various sizes that can be purchased at most pet chain stores.

The lesson of this little case : get your puppy or kitten familiar with having it’s feet and nails touched. Begin cutting your pet’s nails at a young age so that this necessary act is not something to be feared.  After you have cut the nails, then reward your pet with a treat. Continue this little chore at least every 4-6 to weeks and you can cut the nails at home and save your self a vet bill and trauma to your pet.